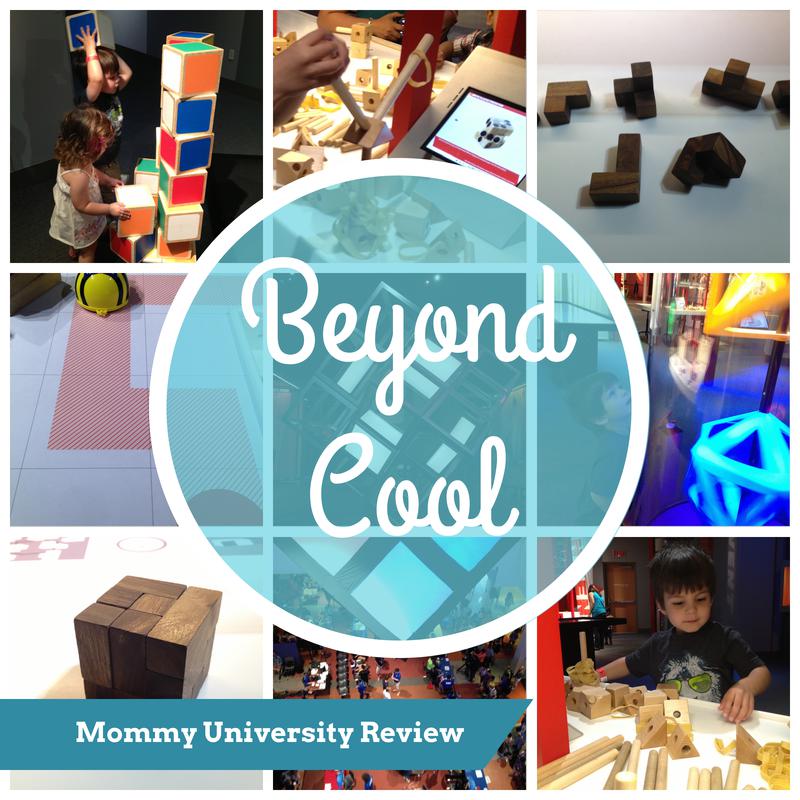 Why is Beyond Rubik’s Cube beyond cool?

In my office is a Rubik’s Cube. It is perched on a table accessible for my student’s to play with when they visit me. I enjoy watching them pick up this toy (or “device of torture” as the description depends on the student) and talk as they attempt to solve the problem. Everyone is mesmerized by the Rubik’s Cube, a toy invented by Erno Rubik forty years ago. The toy was created before my high school students were born and created before I was born, but we are all fascinated by it. None of us have solved it, but we all flip, twist and turn it. It is an iconic toy that is more than just a puzzle!

Liberty Science Center created the first museum exhibit dedicated to the Rubik’s Cube. I am going to save the suspense: it is amazing! I have never solved this toy and I am part of the population that becomes frustrated and puts it down (don’t worry I keep playing with it). However, there are many reasons it has connected generations and achieved pop icon status which is expanded at the Beyond Rubik’s Cube exhibit.

The educational Benefits of visiting Beyond Rubik’s Cube Exhibit:

I am the parent of a toddler and preschooler which means for all the really cool features of this exhibit they will not understand a lot of them. However, LSC conscientiously designed this exhibit to encourage little hands to get engaged. When you enter the exhibit one of the tables features Magnaformers and different shapes for the visitor to recreate. My children loved recreating the shapes with these cool tools (and we ended up buying a set a month later because they are incredibly fun to play with).

Another stop that the children were immediately attracted to was a block set with different colors that can be stacked to replicate an oversized Rubik’s Cube. Most children at this stand just enjoyed stacking the blocks on top of each other, taking them out of the stand and putting them back. If you visit, you can encourage your children to pair the colors, sort by color or make a pattern which helps them build basic knowledge but also enhance problem solving skills.

They enjoy making towers, but you can encourage them to match colors or create patterns.

When Enro Rubik invented the Rubik’s Cube he used paper clips, rubber bands and blocks to make the prototype. LSC has a table where children can create their own inventions with similar supplies. This not only has children working on motor skills but problem solving skills and spatial awareness as well.

Children can dig into these basic shapes and create their own toys.

Solving the Rubik’s Cube is a mystery (at least to me). It is not linear problem solving, rather the individual can see the solution but must make several twists to reach it. This is a great lesson. The answer is not always easy. It is certainly not completed during the first attempt. This is an educational toy which is why some of the features of this exhibit are phenomenal. In addition to the table where children invent their own toy (see above), there is another table with puzzles which challenge the individual to think outside the box. My son and my friend’s son loved playing at this table.

There is a touch screen with video interviews with Enro Rubik, mathematicians, speed-cubers (those are the individuals who solve the puzzle really fast) and other individuals. While I was only able to watch a few clips, it is truly fascinating to learn why mathematicians are attracted to this toy as much as the philosophy of Rubik himself. While the videos may not appeal to younger children, I think there are clips that teenagers may find interesting.

A table I found us playing with for a significant amount of time contained robots that you programmed to move through a maze by using buttons found on their exterior. While it may seem a simple task to achieve, in actuality it requires several tries. This is a great exercise for school aged children and older to attempt as it teaches them that a goal may not be obtained the first, second or even the sixth time.

The design of the Rubik’s Cube contains bright squares framed in black which is easy to identify in t-shirts and graphics. As you enter the exhibit, you can see the Entry Wall which displays various patterns which change based on visitor’s movement. As well, there is a touch table where visitors can pick a geometric shape and create different patterns. In fact, patterns are present throughout the exhibit. Identify the different shapes to your toddler, have your preschooler investigate the Magnaformers or have your school aged child play with the oversized screen where their body is now the remote control.

In Mosaic Cube, the LSC has a wall filled with Cubes that can be manipulated by the visitor to create an image. The exhibit was open during the Soccer World Cup Tournament and on a regular basis each team’s country flag was recreated by using Rubik’s Cubes. In front of this activity is a video of an artist recreating portraits using Rubik’s Cubes. While the intent behind this section of the exhibit may be to demonstrate how iconic this toy has become, I like it because it demonstrates how art can be created using new media as well as how art can be used to understand our world.

Children will enjoy pressing the buttons and watching the shapes spin around and create fun patterns.

The exhibit spans 7,000 square feet and contains many corners and sections we did not get to which is why we will definitely be visiting this exhibit before it closes on November 30, 2014! We hope you will visit too!