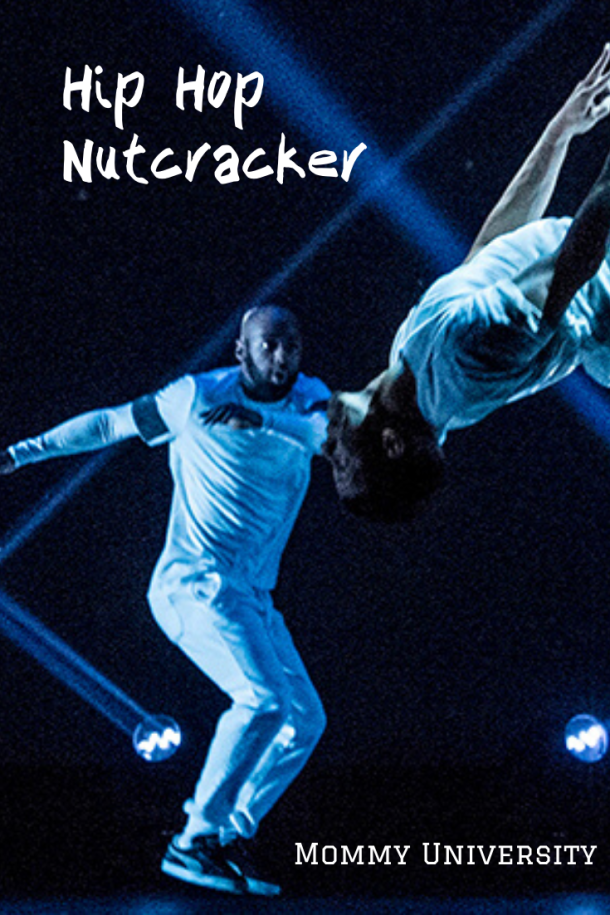 The Nutcracker rose to fame as a ballet production choreographed to the music written by Pyotr Tchaikovsky. The music has become the staple soundtrack of the holidays and the story has been retold to every generation through an interpretation expressed in a movie or play. The story possesses a surreal element that captures the magic we associate with Christmas. While it is typically performed as a ballet, the New Jersey Performing Arts Center had a vision to interpret this story through a whole new perspective. The Hip Hop Nutcracker was born in 2014! For this performance, the ballet slippers are put aside as dancers perform explosive urban choreography that defies gravity. To add a unique element to the dozen all star dancers, dj, electric violinist, is that the legendary Kurtis Blow is the Special Guest MC of the event. Kurtis Blow is the first commercially successful rapper signed to a major record label and garnered the first gold record for a rap song. He is one of the founding fathers of rap music.

While my daughter’s first exposure to a theatrical performance was an adaptation of The Nutcracker when she was two, I am so excited that she can now watch the Hip Hop Nutcracker. The beauty of classical music intersecting with the modern movement of hip hop is difficult to imagine let alone achieve. Yet, the Hip Hop Nutcracker attains this feat with grace, twists, and flips in the air. Recommended by The New York Post, The New Yorker, and New York Magazine, the show generated a strong buzz. It is no surprise that it is now in its sixth national tour spread across 28 US cities and repeatedly selling out performances.

In this world, Maria-Clara and the Nutcracker Prince embark on adventures as they battle a gang of mice,visit the land of sweets, and learn different lessons of the holiday season. Unlike the original which has the backdrop of the story in Germany, this story is in its essence, New York City! With digital graffiti and stunning visuals, Hip Hop Nutcracker echoes the vibrant city that we love. Directed and choreographed by Jennifer Weber, viewers will be treated to a journey that reminds us of the importance of love, community, and magic.

Get your tickets to see what is a thrilling re-imagination of a classic that will have you ready to bust a move! The Hip Hop Nutcracker has two performances, December 20 at 7 pm or December 21 at 2 pm. Tickets are available at  NJPAC.org or 888.GO.NJPAC (888.466.5722) or by visiting the NJPAC Box Office.