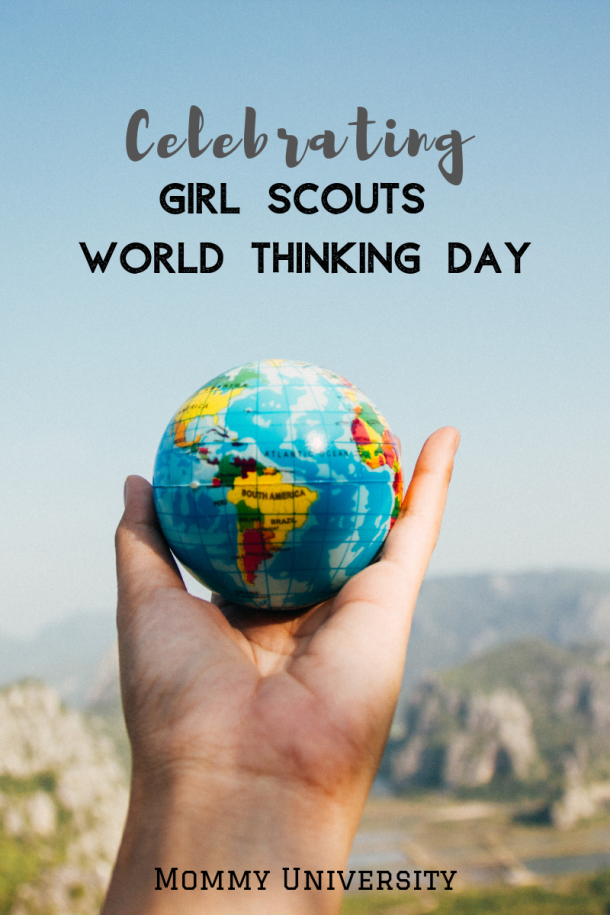 Celebrated in over 150 countries, February 22 is an important date for the Girls Scouts of America. World Thinking Day has focused on diversity, equity and inclusion since its inception in 1926. This event is celebrated by Girl Guides and Girl Scouts; however, that celebratory event can include various activities from learning about different countries and cultures to hosting an International Festival.

When my daughter became a Daisy last year, the International Festival was one of our first events. She was provided a passport and with a roll of quarters in her hand, she walked to different “countries” in the cafeteria of the high school. Each table was run by a different troop and represented a different country. Some tables contained maps, treats or games, but all contained the flag representing its country.

Residents of the country feel a pride when their flag is represented just as Americans smile when they hear “red, white and blue.” For the World Thinking Day, you can invite your Daisies and Brownies to make flags of different countries to help prompt a conversation. Based on their age, the next conversation can vary. You can discuss the language spoken, famous architectural buildings or landmarks, and food or they can investigate the symbolism behind the flag they are creating. With 3Doodler Start, little hands are equipped to make three dimensional models including flags that can be displayed in an International Festival or as an activity to celebrate this day. The 3Doodler Start is a 3D pen which means that there are no files to download or transfer but rather that the person wielding the pen controls what is created. Plastic thread is fed into one end, and then with heat applied, it can be molded immediately. With a flat surface like the iPad, images can be traced. The 3Doodler Start is safe for children ages 6 years and older; however ,with all electronic or craft projects, we still recommend supervising and not leaving children alone. So let’s get started!

What You Will Need

How to Make this Project On your iPad search for the flags online and have only one image on the screen that they can trace. Yes, the 3Doodler Start can be applied to the screen of the iPad. Admittedly, using the 3Doodler takes practice and they may stumble when first starting. The 3Doodler encourages children to create three dimensional designs, and while they are making these creations they are improving fine motor skills as well as using their imagination. Using the 3Doodler takes practice, so while one Daisy or a group of Daisies are making a flag you can have another group talking about the country.

Here are samples of questions for their conversation:

The flags can be decorations on the table if they host an International Festival or used as a door sign. For more advanced troops, they can use the 3Doodlers to make architectural buildings like the Eiffel Tower for Paris or Big Ben for England. There are so many possibilities which makes the 3Doodler Start a great tool for Girl Scout troops especially as they begin to incorporate STEAM skills in the various activities.

The 3Doodler comes in a variety of set options but we recommend the 3Doodler Start Essential Pen Set. It comes with the pen, 2 mixed-color packs of eco-plastic, charger and activity guide. This set sells for under $50 on Amazon.