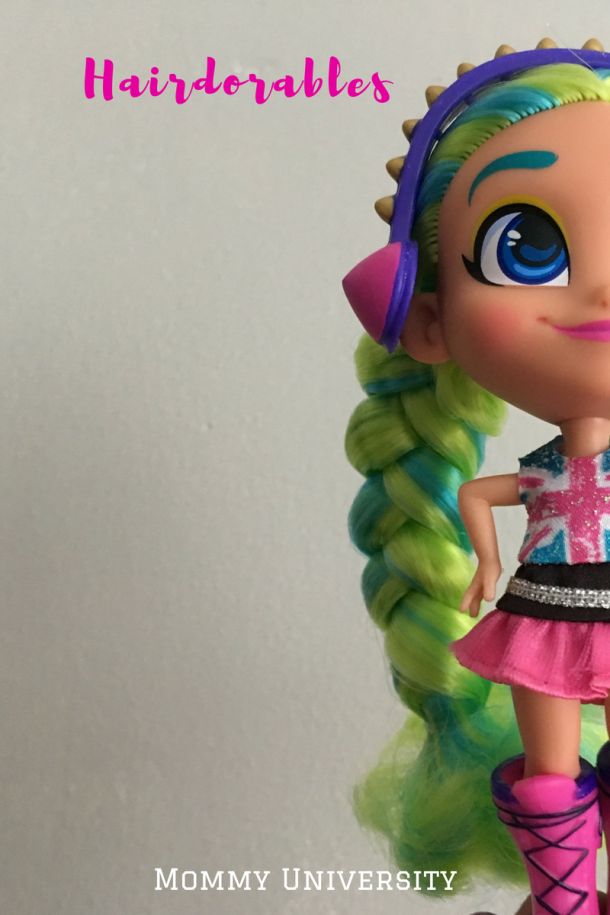 Children have become fascinated with unboxing their own toys and opening packages to reveal surprises which is why Hairdorables is one the hottest new toys! The dolls are packaged in a box that your child opens in a sequential order to find out what accessories they received along with their Hairdorable doll. There are eleven surprises in the entire box. The best reveal, however, is the doll!

The Hairdorables collection consists of 12 unique characters each with their own personality reflected in their interests and tastes. Although there are a dozen characters, they have three options each which means there are actually 36 different dolls to collect! How cool is that?!

If we look back in history, we will find black and white photos of children holding dolls because they have been a popular toy for generations. With each decade or even just the past few years, dolls have been re-imagined reflecting cultural values as well as re-inventing themselves to be unique and interesting. Yet, they all offer the consistent opportunity to learn through play.

With Hairdorables the ability for extended play exists. Recently, I was able to watch the magic unfold as my daughter received one of the Hairdorables during their launch at Sweet Suite. It was fascinating to watch my daughter process the moment as she opened a box and found multiple surprises; however, she did not know what the end result would be. Once she realized it was a Hairdorable, well, I knew this would be a toy she wanted to collect. (You can watch the video below.)

We were so lucky that Just Play who produces this innovative toy sent her two more Hairdorables to review for Mommy University. While one Hairdorable is fun, three is more fun. She loved her first doll, Harmony, who possesses a similar personality. They both love music and performances. Once we added Sallee and Noah to the mix, it opened the door for additional pretend play. Noah is a creative social media mogul whose mantra is “If you can dream it, you can make it,” while Sallee is the artist who asks you to look for the inspiration that surrounds us. On a side note, I love that the Sallee she received was wearing a skirt inspired by Mondrian! You can watch her unboxing video below!

My daughter began to have the whole squad playing in castles while having conversations about their lives. With Hairdorables, I can hear her using her imagination to create stories. As a mom, I like to overhear these conversations to see which themes my daughter is exploring. As I listen to her act out scenarios between Sallee, Noah and Harmony, she is solidifying social skills. It is quite amazing to catch snippets of the dialogue. In fact, one of the most interesting developments includes the development of her vocabulary. Repeatedly, my daughter is practicing words she has heard or learned. The Hairdorables doll collection has already made her wish list for the holidays this season and I am curious to watch how this collection evolves.

Hairdorables are available at Target and Amazon. Pre-ordering is currently available.