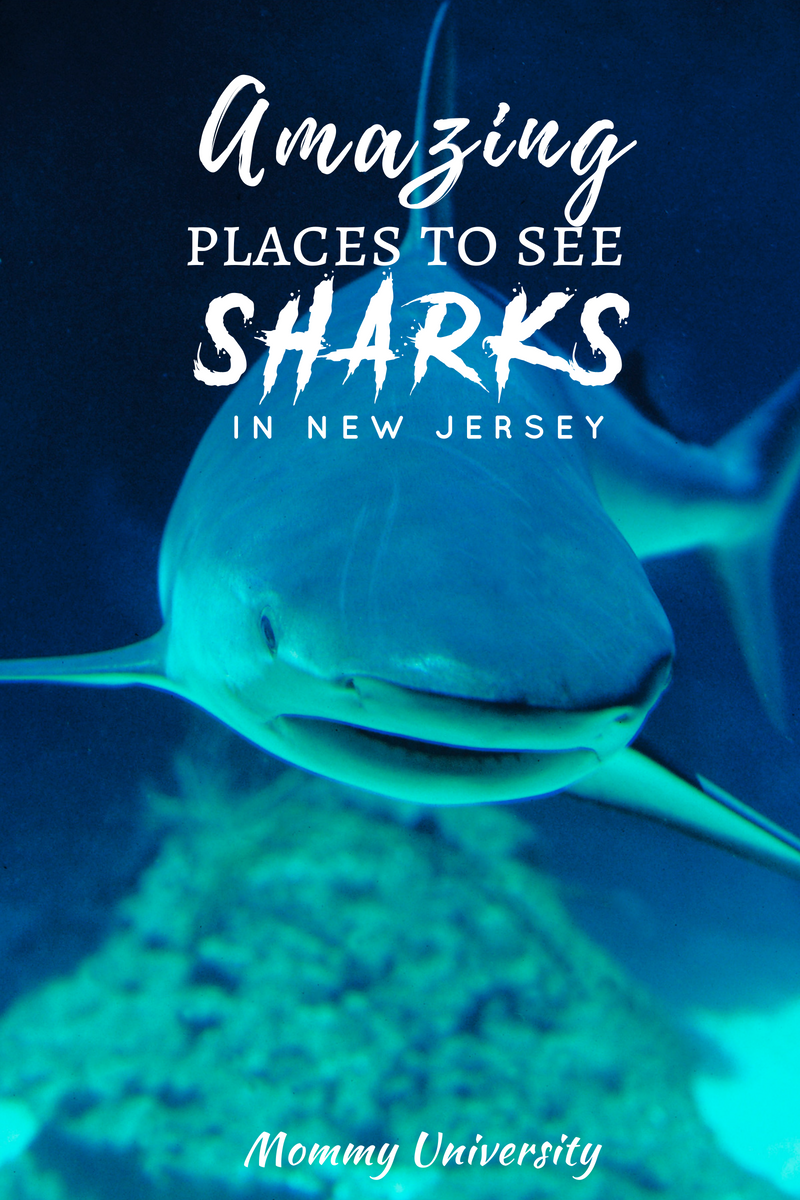 Have a Jaw-some time in Jersey!

A phenomenal way to celebrate Shark Week is to engage with them. We are not encouraging swimming in shark infested waters, but New Jersey offers so many opportunities for families to observe, learn and, yes, sometimes even touch sharks!  As fans of Shark Week and STEM related topics in general, we have compiled a list of Amazing Places to See Sharks with a list of sharks on exhibit at each spot! Containing the only Great Hammerhead Shark on exhibit in the United States, Adventure Aquarium is a fin-tastic place offering multiple opportunities to interact with sharks! You can also cross the Shark Bridge walking over various sharks. If crossing the Shark Bridge is too scary, then walk through the Shark Tunnel and watch these creatures swim over you. And of course, you can always touch a shark! Here are some sharks that you may encounter at Adventure Aquarium:

From moray eels to moon jellies, Atlantic City Aquarium will be a great spot to bring the family! They will enjoy observing a variety of aquatic creatures and stopping by the Tropical Shark Touch Tank. The residents of this tank are part of the Catshark Family which are bottom dwelling species and commonly found in the Pacific Ocean. The shark residents of Atlantic City Aquarium include:

If you are heading to the Jersey Shore, then Point Pleasant has not only the beach and amusement rides, but also Jenkinson’s Aquarium! They have seals and penguins, but they also have sharks in the largest tank holding 58,000 gallons. Actually, what may appeal to your family is the feedings which take place once a day but make sure you confirm the days they take place before you go. Jenkinson’s shark residents include: While you may have noticed most of our locations are aquariums, the Turtle Back Zoo is home to many mammals and reptiles as well as a Touch Tank where you can touch sharks. Next door is a Sea Turtle Recovery Center as well as Sea Lions which are the prey for some large and aggressive sharks. There is plenty of learning opportunities at this destination. The Shark residents at TBZ include:

If you are stuck indoors, have your kids track the whereabouts of Mary Lee who is a 3,500 pound Great White Shark that has been tagged by Ocearch. You can visit Ocearch to see the other sharks they have tagged, but Mary Lee is a huge fan of the Jersey Shore making return visits. Mary Lee prefers Twitter as does Katharine the Shark, Louise the Shark and Genie the Shark.

Once again, New Jersey has abundant opportunities for your family to have fun and learn. While Shark Week is celebrated once a week, the benefits of this programming is that you can expand your children’s curiosity with locations in the Garden State. If you are stuck indoors, don’t forget to check out our YouTube playlist of educational videos on Sharks!