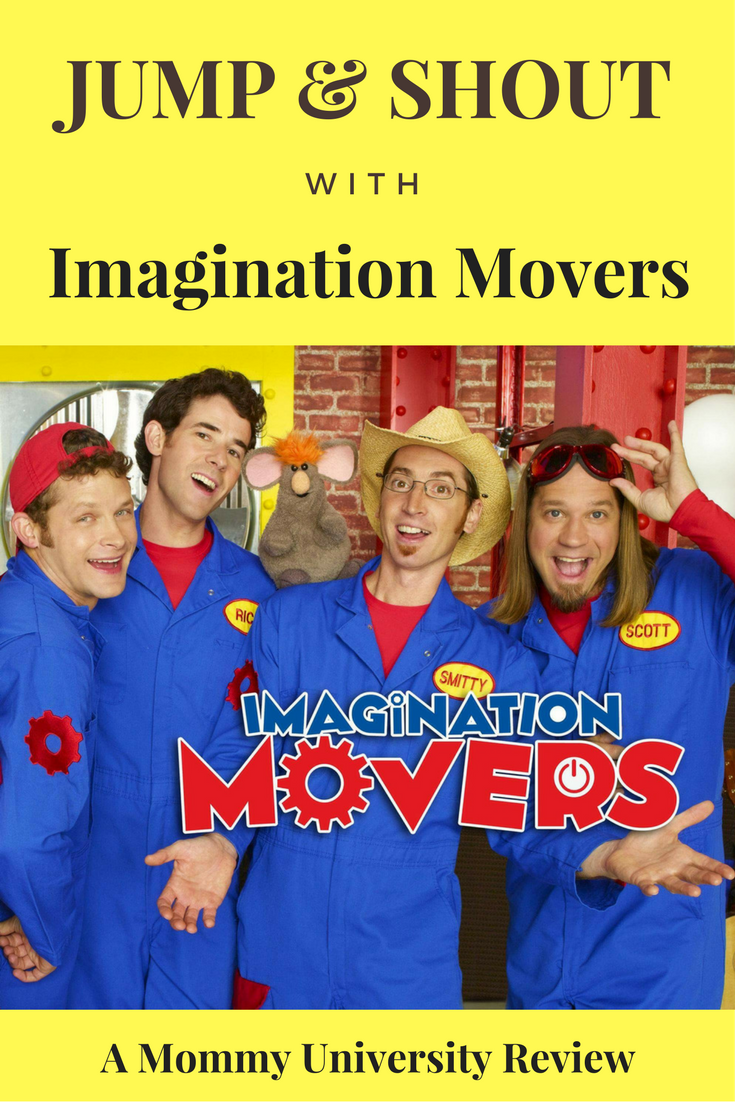 We are so excited to continue our partnership with WP Presents so we can bring you information about all their family friendly events!

A little over 5 years ago, for my son’s 2nd birthday, we took him to his first concert, Imagination Movers. After watching the show every day on Disney Junior, his favorite characters were right in front of him on stage. He could barely contain himself as he ran to the stage in excitement.

Fast forward 5 years, and even though the show is no longer on television, my son, now 7 years old, still watches Imagination Movers on the Disney Junior app. Along with his 4-year-old brother, my son sings the songs and talks about the problems the Movers have to solve. As a parent, I LOVE that my boys watch this show as it offers wonderful opportunities to build problem solving, language, social and life skills in a fun and entertaining way.

When I heard Imagination Movers were playing at WP Presents, I just knew we had to go. I was even more excited when they offered us VIP tickets to this amazing family-friendly event. I put my little one in his brother’s Imagination Movers shirt from the concert 5 years ago, and we were off to the Shea Performing Arts Center at William Paterson University in Wayne, NJ. My boys were so excited that we arrived an hour before the show even began. As we entered the center, the excitement and anticipation filled the air. The stage was set and the kids were bouncing in their seats as they awaited the arrival of the Movers. From start to finish, the show was full or energy. The room was filled with screams of happiness as the kids’ favorite characters sang their favorite songs right before their eyes. It was a magical experience in true Disney style.

What I loved about this show was how interactive it was. The audience didn’t just sit in their seats and watch the show, they were a part of the show. The Imagination Movers made their show a true multi-sensory experience the kids would never forget.

You know that annoying warning before a show that prohibits all photography and videos during the show? Well you can forget that rule at the Imagination Movers show. Not only are pictures and videos allowed, they are encouraged. The Movers love when their fans post pictures and videos on social media. This also allows families to capture each moment to show their kids again later. I loved taking videos of my boys dancing and singing along with the Movers.

The Movers didn’t just “jump and shout” on stage, they also danced their way through the crowd. As the Movers walked through the aisles they gave kids high fives and hand shakes. Seeing the awe and excitement in my boys’ eyes was priceless. This made the show an engaging and interactive experience they will never forget!

During the show, the Movers tossed giant colorful balloons into the audience for kids (and parents) to playfully hit back into the air. It was such a fun way to keep the kids engaged and interested in the show as well as up on their feet. My kids became so excited each time the balloon came towards them and they waited in excitement to hit it back into the crowd. One of son’s favorite parts of the show was when the Imagination Movers blew toilet paper into the crowd like streamers. It was a unique and creative experience that my boys talked about for days after the show.

The Imagination Movers are known for, well, moving. They danced the entire night and even taught the audience a few moves. Besides encouraging free dancing, the Movers also taught the kids special moves that went with certain songs and lyrics. It wasn’t about being perfect, it was about having fun. Even the parents got involved when the Movers asked all the moms and dads to do the robot in hopes of winning a cool prize. I didn’t win but I definitely had fun trying!

Towards the end of the show, the Imagination Movers awed the crowd when they released puffs of smoke into the air by using a garbage can. It may have been created by science but the kids saw it as magic! It was definitely my favorite part of the show especially since the Movers walked around the audience and released the air puffs at people in the crowd. The look on the kids’ faces when the air hit their face was hilarious.

As part of the VIP experience, we were able to meet the Imagination Movers backstage. Families were brought to a separate room in small groups making it a personal experience. Each family was given time to meet, talk to and take pictures with the Movers. I loved watching my boys as they had conversations with the characters they sing along with on TV. They had fun joking and laughing which made the experience comfortable, fun and, most of all, memorable. I liked that the Movers took the time to not only learn my kids’ names but also ask mine as well. They showed a true interest and appreciation for all their fans, big and small! We had so much fun seeing the Imagination Movers at WP Presents! It was an experience we will never forget. For more information about upcoming shows and ticket sales visit the WP Presents website.