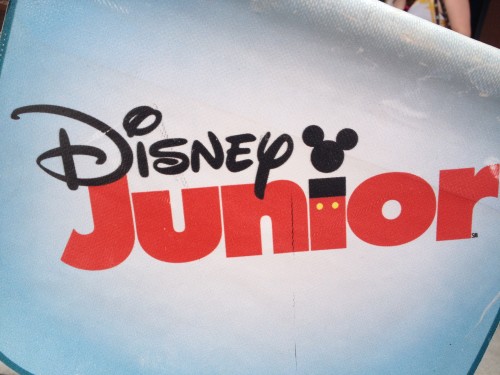 Disney Junior is a channel dedicated to the littlest of Disney fans! It offers nonstop interactive, educational and enjoyable television options that even parents will fall in love with. From Mickey Mouse to DocMcStuffins to the Octonauts, Disney Junior has something for everyone!

Now, I want to start off by saying I don’t promote nonstop television watching. I believe it should be limited to no more than 2 hrs a day (and for some that’s a lot). During the school year, TV consumption should be even less, possible limited to only the weekends. But let’s be realistic, as moms, sometimes allowing our kids to watch TV allows us to get things done around the house. It also allows our kids to mellow out before nap time or after a long day at school.

So, if your kids are going to watch television why not make it a magical and educational experience! That is exactly what Disney Junior channel offers. Here is some of the great programming you can find throughout the day on Disney Junior:

Mickey Mouse Clubhouse is a staple on Disney Junior. Kids can follow the adventures of Mickey, Minnie, Goofy, Pluto, Donald and Daisy as they work together so solve problems with the help of their friend Toodles. In each episode, the gang encounters a problem they must solve using various “mousekatools.” While on their adventure, they introduce kids to various basic skills such as colors, number, shapes and letters. Mickey Mouse Clubhouse is not only great for enhancing academic skills, it is also perfect for developing problem solving and thinking skills.

LIttle Einsteins is an exciting and adventurous show that encourages viewer interactions. During each episode of Little Einsteins, kids are asked to clap, pat their knees, sing and more to help the characters successfully complete their mission. Throughout each adventure, kids learn about various cultures and classic music.

Jake and the Neverland Pirates

While watching Jake and the Neverland Pirates, viewers follow Jake, Izzie, Cubby and Skully and swashbuckling adventures throughout Pirate Island. Jake and his crew has to work together to solve “pirate problems” and stop the pesky Captain Hook from causing trouble and/or stealing their treasure. Not only is this show exciting, interactive and fun, it is also educational! Throughout each episode, kids will develop language skills and enhance academic knowledge. Counting and basic addition skills are also used as the crew counts their gold doubloons.

Doc McStuffins is an adorable and empowering show about a little girl who has the magical ability to not only hear her toys talk, but also fix their “boo boos.” Doc loves playing doctor which is her mother’s profession, and each time she puts on her stethoscope, her dream comes true. Each episode, Doc and her stuffed animal friends, help her diagnose and treat a toy. They learn to problem solve and work together to create the perfect “treatment plan.” Doc McStuffins a show perfect for boosting language development and creativity. It is also a wonderful example to set for young girls.

Special Agent Oso is a show about a teddy bear that works as a special agent. In each episode, Oso, with the help of his assistant Palm Pilot, helps one child solve a problem or complete a task they wish they could do. Oso and the child are able to complete each task in three steps showing children at home how easy the task is to do themselves. Some tasks include tying their shoes, making a paper airplane and buckling their seatbelt. Special Agent Oso is great for enhancing problem solving skills and encouraging independence.

Octonauts is a fun and educational show where viewers follow the characters on exciting under sea adventures. In each episode, the gang encounters an unusual, but real sea creature that they must learn all about in order to help them. Character such as Captain Barnacles, Peso and Professor Inkling work together to treat, save or help various unique sea creatures. As children watch this show, their understanding of the sea, animals and the environment increases. They will learn about sea creatures such as whale sharks, urchins, giant squids and manatees.

As you can see, Disney Junior has something for everyone! So be confident parents that your kids ARE learning while watching Disney Junior shows!